A Hub for Business & Industry

Central Louisiana has long been a hub for agriculture, agri-business, forestry and timber related industries, as well as manufacturing. Big name companies like Procter and Gamble, Crest Industries,
RoyOMartin, Hayes Manufacturing, Baker Manufacturing, Boise Cascade and Weyerhaeuser have called the area home for more than 40 years.

Another draw for businesses is the area’s established river, rail and interstate systems for transporting both raw materials and finished products.

Additionally, a Heavy Industrial Mega Site at the England Industrial Airpark is an attraction for large manufacturers looking to start up or relocate.  The more than 1500 contiguous acres is comprised of two certified sites.

Procter & Gamble, one of the world's largest manufacturers of consumer-packaged goods, operates a production facility in Pineville that produces laundry detergents. Procter & Gamble's leading brands, Tide and Gain, are made at the facility in the form of liquid laundry detergent and pods. The company employs more than 500 P&G employees, and hundreds of contract workers also support the facility as one of the largest P&G detergent operations in the world. P&G continues to prosper, as do partner enterprises, such as container maker Plastipak Packaging, Calvary Industries & Mitchell Transportation. 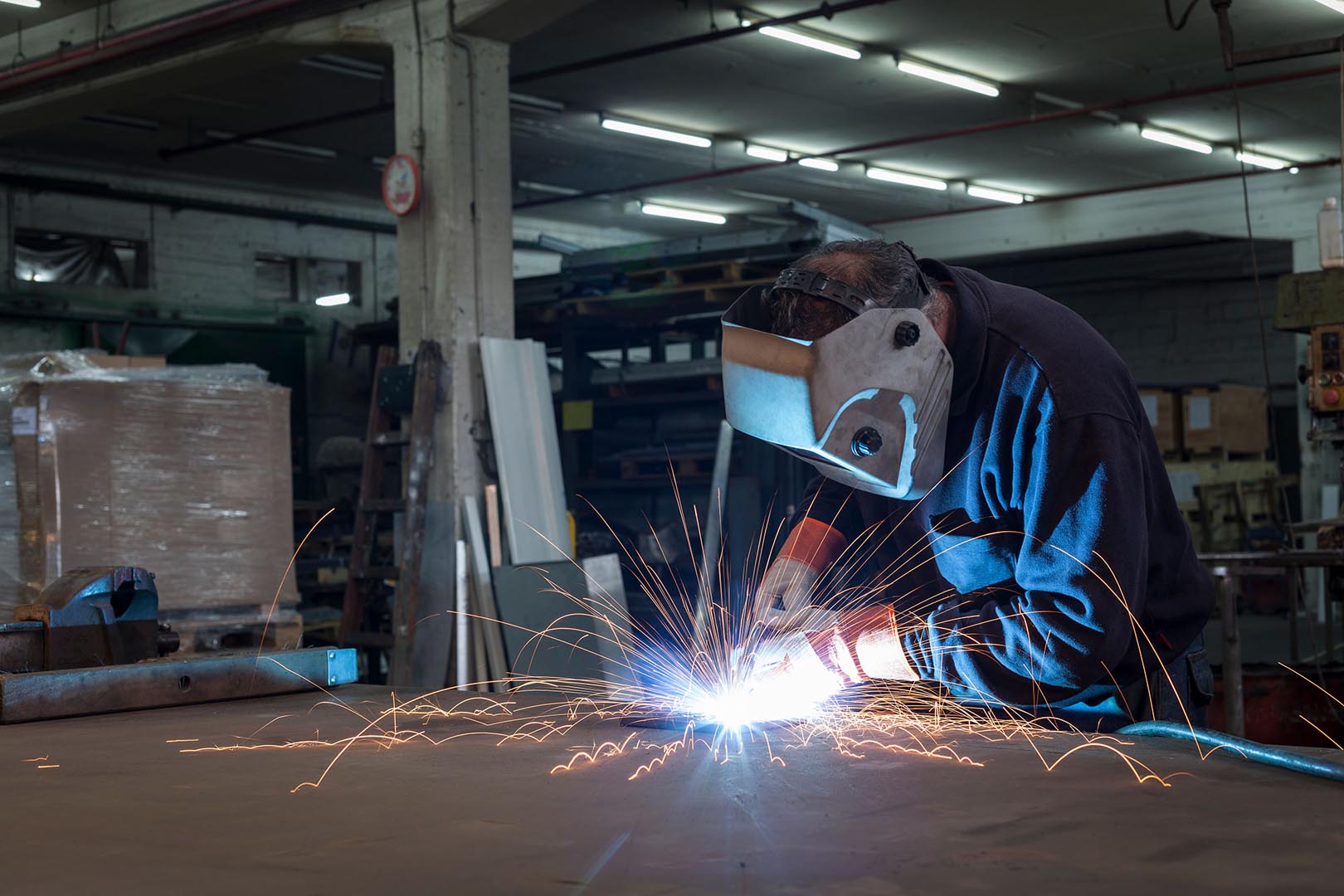 Founded in 1954 as a small steel fabrication and machine shop, Hayes Manufacturing Co. has become one of the leading metal fabricating and machining facilities in the South. The company, based in Pineville, boasts a 150,000 square-foot fabrication shop, the latest in metal-working equipment, welding, machining, blast/paint capabilities, and a fleet of cranes.

In 2020, Hayes purchased a 12-kilowatt laser cutting table to complement the wide range of fabrication equipment which will further expand their fabrication capabilities.

While the company is best known throughout Central Louisiana for steel fabrication, for 45 years Hayes has served the area with its crane rental business of six hydraulic cranes ranging up to 165 tons. 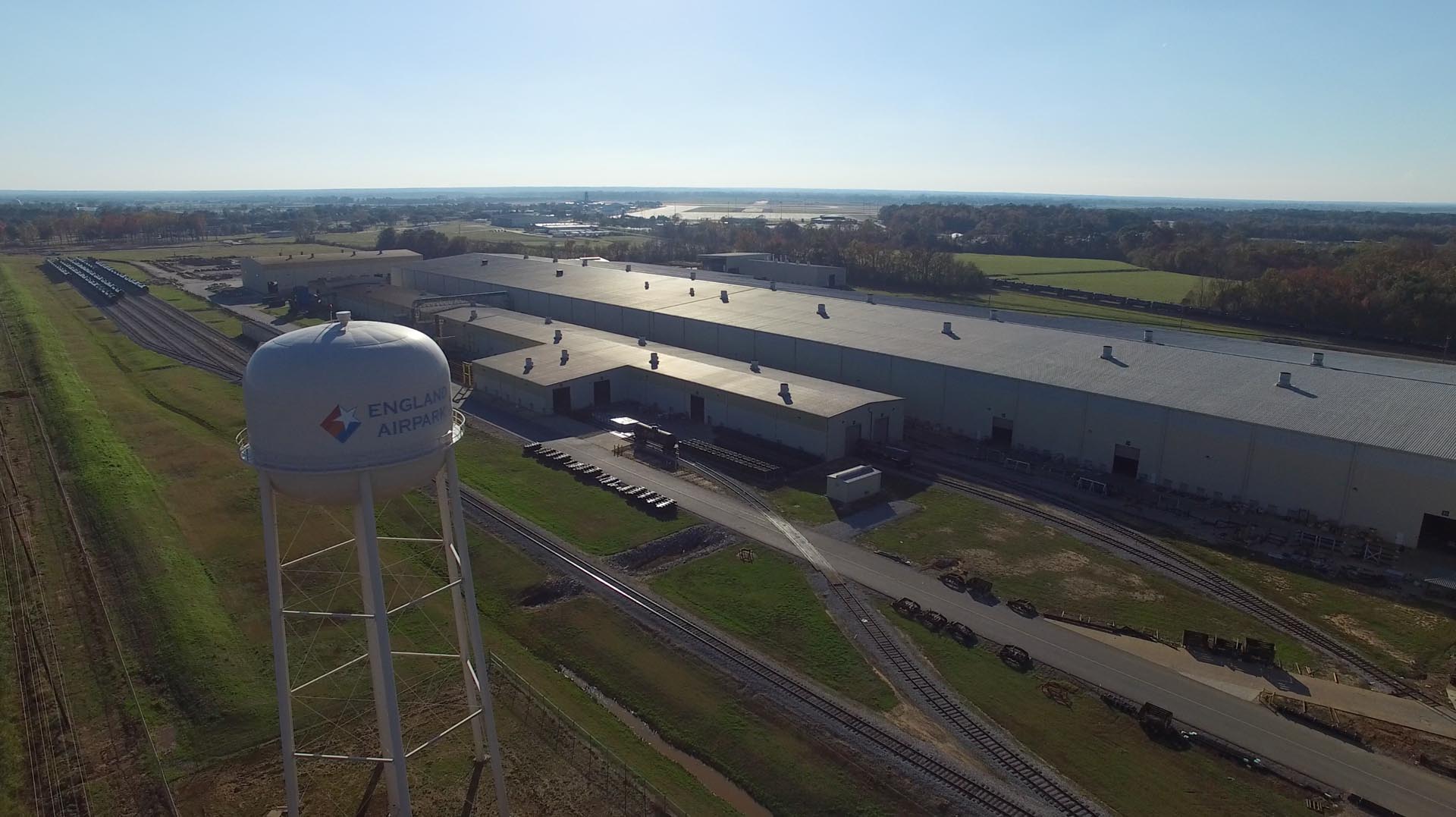 England Airpark & Community continues the award-winning redevelopment of the former England Air Force Base into a vibrant multi-modal commerce center and community. Onsite amenities for businesses and residents included an international airport, numerous office, manufacturing, and warehouse facilities, a staging base for military training operations, a daycare center, a golf course, a bowling alley, a university campus, a retirement community, and general housing. With robust infrastructure, certified industrial sites, interstate highway connectivity, and onsite rail, England Airpark is well-positioned to meet the most demanding needs of today's businesses.

Last year, England Airpark celebrated success with the opening of the new $4.0 million Community Center at England Airpark, the relocation of two out-of-state manufacturing businesses and the launch of the "Build Your Own Building" virtual platform on its economic development website, englandairpark.org.

The Central Louisiana Regional Port successfully navigated the challenges presented by the pandemic and is poised for growth.

In 2013, Cool Planet announced plans to build a biorefinery at the port, and for many years Cool Planet and CLRP developed the infrastructure on approximately 26 acres of port property, housing an office, laboratory, shipping and storage warehouse and material handling system. In June 2020, regretfully, Cool Planet closed. While the closure was a loss on one of the port’s major tenants, the infrastructure remained an asset for CLRP.

In February 2021, it was announced the port would have new partner. Avant Organics will open a site at the port and repurpose some of the existing infrastructure. The company will apply advanced scientific research to enhance attributes, such as flavor and fragrance, for products in the food and beverage, pharmaceutical and other sectors. Its new direct jobs will feature an average annual salary of $75,000, plus benefits, and Louisiana Economic Development estimates the project will yield another 215 new indirect jobs, for a total of 255 new jobs in Central Louisiana.

CLRP has had a history of working with the U.S. Army to move brigades to Fort Polk's JRTC via the United States inland river system. This past year was no exception with two rotations successfully operating thru the port.

The Central Louisiana Regional Port last year was ranked as the 22nd- largest inland river port in the United States by tonnage associated with its domiciled territory. CLRP's main facility is within one mile of five four-lane highways, with rail from KSC and UP as well as air service close by. Four of the port's docks can accommodate containers, heavy loads, liquid, dry bulk and roll-on roll-off loads. The Central Louisiana Regional Port is the Red River's gateway to commerce throughout the Mississippi River and the Gulf Coast. For more information, call Ben Russo at (318) 473- 1848. 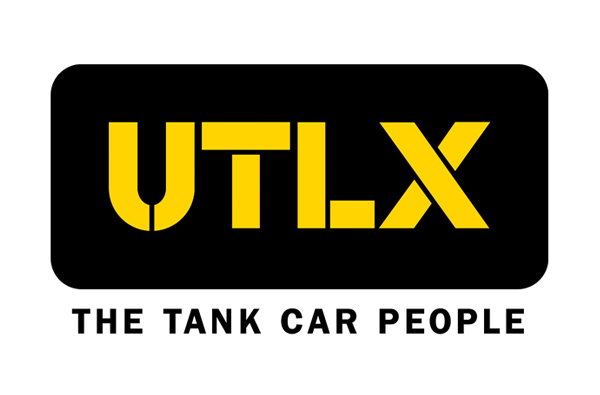 UTLX Manufacturing LLC, a subsidiary of Union Tank Car Company (UTLX), is one of central Louisiana's major employers. The company, located at Highway 1 North in Alexandria, leases, and sells railroad tank cars to those shipping items, such as chemicals, petrochemicals, foods, fertilizer and more.

RoyOMartin is the registered trade name of Martco L.L.C., a forestry-related and wood-products manufacturing

organization based in Alexandria, Louisiana. With a legacy dating back to 1923, the family-owned company has been a major contributor to the economies of both Louisiana and Texas.

In addition to being a leader in responsible forest­management practices, RoyOMartin and its subsidiaries currently operate three manufacturing facilities supported by nearly 1,250 employees: an oriented strand board plant in Oakdale, Louisiana, a plywood and solid wood products plant in Chopin, Louisiana, and an oriented strand board plant in Corrigan, Texas. 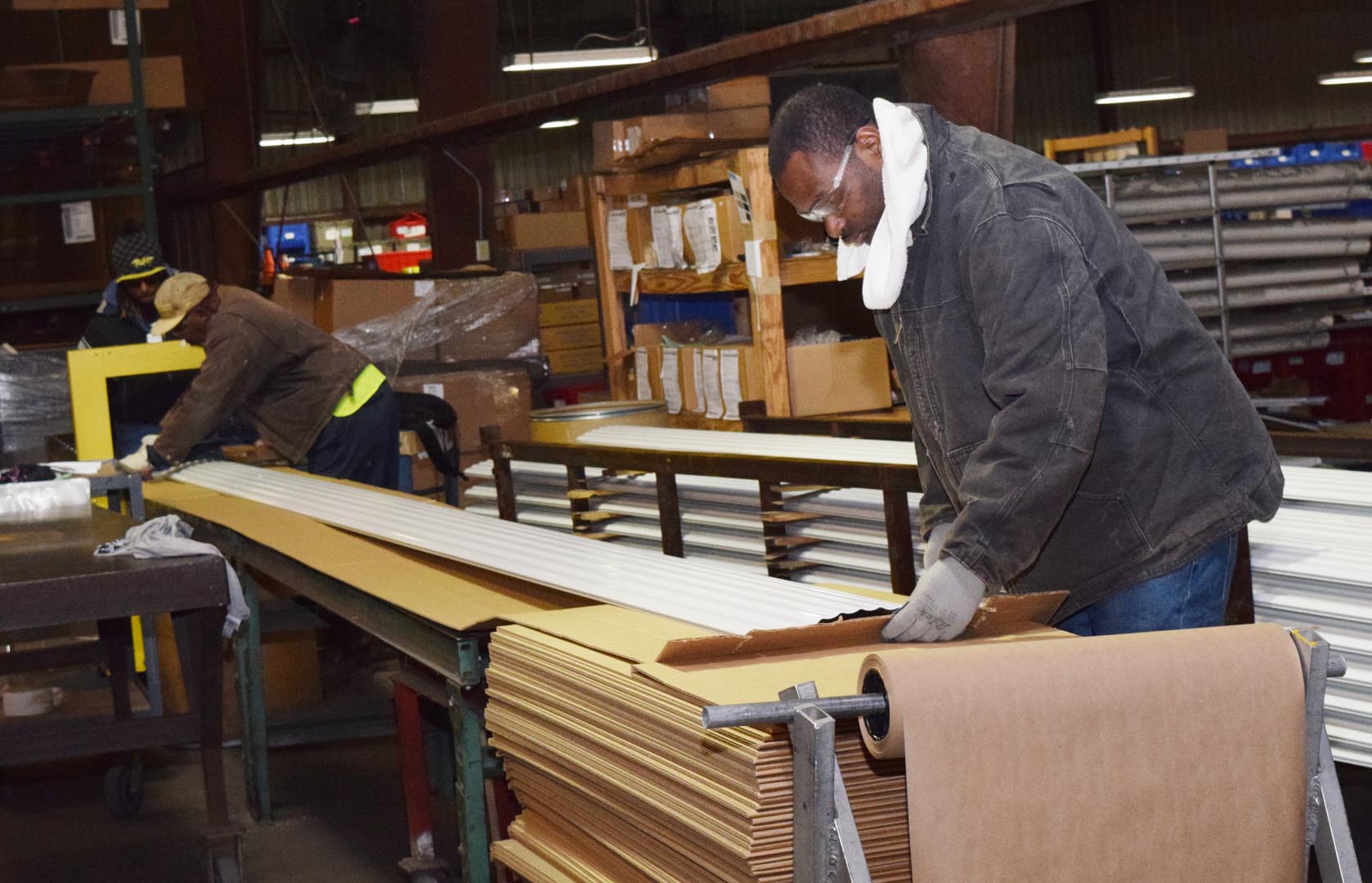 Known as one of the most respected names in the building materials industry since 1946, AFCO Industries is celebrating 75 years of service to the industry. AFCO operates four manufacturing facilities in the country with two of those located in Alexandria.

As a 100% employee-owned ESOP corporation, AFCO is the only vertically integrated manufacturer of aluminum and fiberglass columns, railing and exterior door components in the nation. 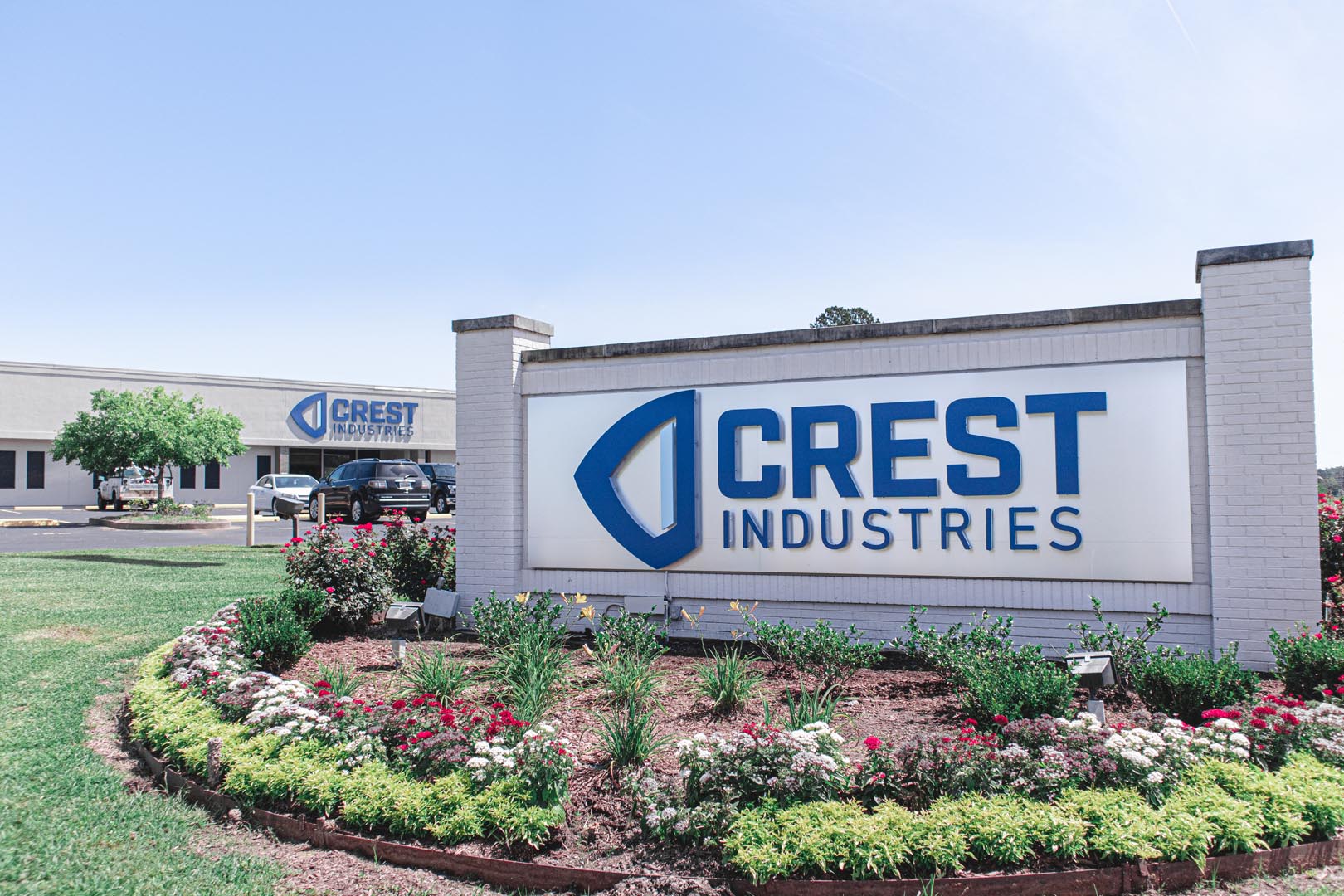 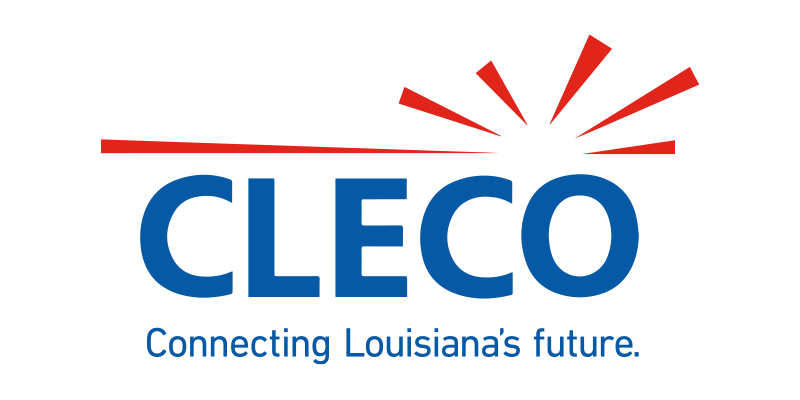 Manufacturing premium quality adhesives (E6000, Shoe Goo), coatings (Glaze Coat, Unicorn Spit) and patch products (FamoWood wood fillers) is only part of what the company does on its Pineville campus. Eclectic Products distributes products to all classes of trade, from industrial use to hobby/craft work. The company works together with customers to formulate better solutions to today's challenges, and trains tomorrow's leaders about the value of quality and responsibility.